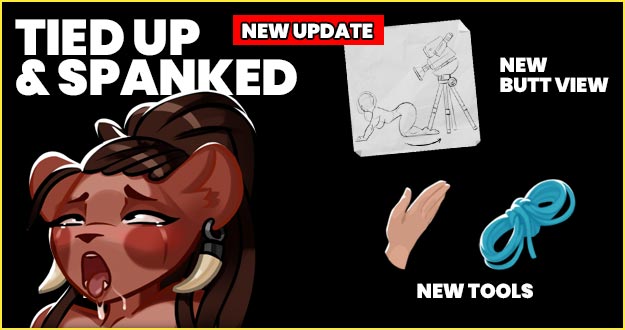 Two differents scenes with many tools at your disposal to give those monster girls intense pleasure. Current girl: Lioness. Upcoming: Fungus girl.

2070. You are a scientist part of a classified shuttle mission that landed on an unknown planet. The whole planet is covered in a strange purple gas. While exploring, you and your team discovered various tribes of Monster Girls species. They told you that their species were in a critical situation with that gas ihibiting their desire to reproduce, and are asking for your help. Using your advanced technology and tools, your role is to help Monster Girls by bringing back the sexual desire in their life.

All models appearing on this website are 18 years or older. Read here the records required pursuant to 18 U.S.C. 2257 Record Keeping Requirements Compliance Statement. By entering this website, you confirm that you are of the age required by law in your area to view adult material and that you wish to view this kind of material.
FAPYRUS.COM - All rights reserved - Terms of use - Legal notice - Privacy Policy

If you are over the age of 18 years or over the age of majority in the location from where you are accessing this website by entering the website you hereby agree to comply with all the TERMS AND CONDITIONS, LEGAL NOTICE and the PRIVACY POLICY.

You also acknowledge and agree that you are not offended by nudity and explicit depictions of sexual activity.

By clicking on the "Enter" blue button below and by entering this website:

IF YOU ARE UNDER 18 YEARS OLD, LEAVE THIS SITE BY CLOSING YOUR BROWSER'S WINDOW.

Enter I am over 18 years old